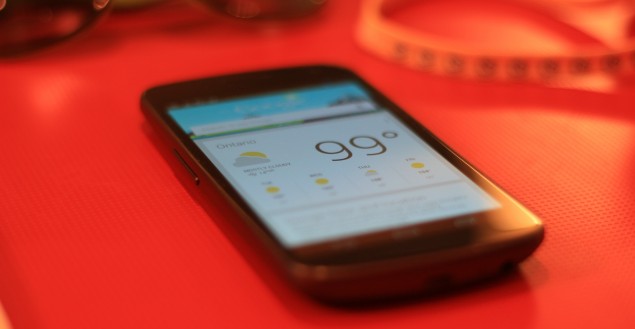 Good news for those of you who own an unlocked Galaxy Nexus HSPA+ version. After being made available first to Google I/O attendees as part of a “developer preview,” it now looks like Android 4.1 Jelly Bean update is finally rolling out for the rest of us (even my beautiful, clean, white Galaxy Nexus). Google announced the news via their Nexus Google+ page saying,

Jelly Bean makes everything feel fast, fluid, and smooth. Notifications are expandable and actionable, widgets are magical and the keyboard is smarter and more accurate: http://www.android.com/whatsnew/

Jelly Bean also features a redesigned search experience, with a new user interface and faster Voice Search. You can type your query or simply ask Google a question. Google can speak back to you, delivering a precise answer if it knows one, in addition to a list of search results.

Google Now is also part of the updated Google app, getting you just the right information at just the right time. Google Now tells you today’s weather before you start your day, how much traffic to expect before you leave for work, or your favorite team’s score as they’re playing. There’s no digging required: cards appear at the moment you need them most.

If you’ve got a Galaxy Nexus HSPA+ device, you will receive a prompt alerting you to the update over the next several days. Up next for Jelly Bean: all Galaxy Nexus, Nexus S, Motorola XOOM and of course, Nexus 7, which will ship with Jelly Bean later this month.

I’ve been running Jelly Bean on my Google I/O edition Galaxy Nexus for weeks now and I haven’t once looked back. Been enjoying myself so much, I haven’t even been bit by the “root bug” — it’s that good.