Getting Acquired: How To Transfer Ownership of Your Android App or Game

Much like the dot-com boom saw this little thing called “the Internet” turn websites into full fledged businesses, the App Era is accomplishing the same feats in a newly mobilized world. Not every developer can become a ROVIO, Zynga, or Instagram – the latter of which sold for $1 Billion to Facebook – but there is a LOT of money to be made in this fledgling industry. Some developers enjoy driving revenue with app/game sales, in-app purchases, or advertising; but what if YOU wanted to sell ownership of your app or game to another company or individual? How do you transfer your app?

It’s incredibly easy and in the below video we show you exactly how:


The steps to transferring your app/game:

It’s an outrageously simple process that took me 2 hours to complete, from filling out the form to seeing my app in the new account. As far as I know, iOS and Windows Phone offer no such simple transaction process which really hinders developers looking to cash out their chips.

For many companies, apps are a way of extending their relationship with their customers. Much in the same way that Facebook, Twitter, Google+ and other services allow people and companies to continue the conversation beyond the boundaries of their home or business. If you purchased a business and that company had 50,000 Facebook Friends, 100,000 Twitter Followers, and an Android App with 150,000 downloads… imagine the irritation if you couldn’t continue where that Android App left off. 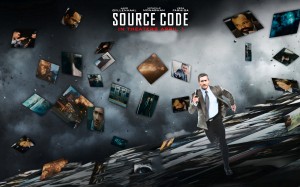 Not only is it important to maintain the relationship with those 150,000+ current users, but imagine having to start over. The previous owner could close their account, provide you with source code, and the new owner could upload the APK to their new account. All of a sudden, you’ve lost every single download, rating, and review in the Google Play Store. Not to mention you’d have to upload using a different package name. Since the Play Store URLs on the web are generated using package name, any links to the app would point to the dead app or a blank page.

Buying an app isn’t simply about getting the source code… it’s about acquiring the users, the reviews, the ratings, the links, and everything that makes the entity successful. Just as SEO trends have webmasters clamoring to rank on the top of Google’s search results, placement in app search results on the Google Play Store is becoming increasingly important. Clean transfer is an important part of maintaining and building on top of an already successful app.

There are way too many apps and games available for download. So many that great developers creat interesting apps and games that fall through the cracks. They may not have the means to promote them or perhaps the competition is too stiff, but could it be successful in someone else’s hands?

There are a ton of “Recipe” apps on the Play Store. Most of them are just terrible database dumps that offer very little value. But some of them are interesting little apps that haven’t got many downloads but are helpful and well made. The developer hasn’t made it a stand alone success, but what if they could sell it to a big website or company that focused on cooking and food? That company could promote it to THEIR audience and perhaps make the app a success from a consumer, critical, and financial standpoint.

App marketplaces are in their infancy and right now there is still a lot of room for things to shakeout and mature. But don’t assume that if you make an app or game and nobody downloads it that it is a failure… maybe you should be selling your app to a business rather than consumers?

Most developers come up with an idea and dive right in, not considering the future possibilities of being acquired. Bad move. You definitely want to consider the possibility and plan accordingly; at least offer yourself the flexibility to make important decisions down the line. Here are four very important things to consider:

If you have any tips, tricks, suggestions, or opinions for your fellow developers, please leave them in the comments! 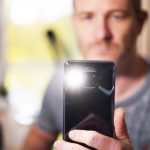 Google’s next Pixel smartphone could come a 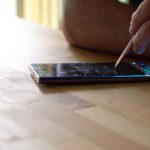