This is Android’s fragmentation. And it is still a feature [opinion] 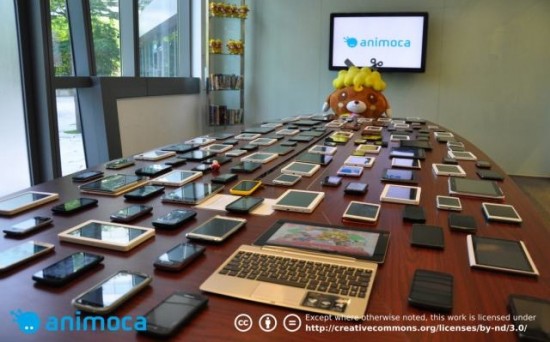 This particular image by popular app developer Animoca has done the rounds of world wide web this past week, used by several blogs as yet another “proof” of Android’s fragmentation. Even Chris wrote it about it yesterday. The Hong Kong-based developer says they have over 400 test devices to ensure their apps will be compatible with anything their work is put on.

Damning? Hardly. Android is fragmented, it was always intended to be, and therein lies the beauty of the platform. Everything from TVs to watches run on Android currently. What Android does exceptionally well is that it allows manufacturers to produce any device they wish, without any restriction, so as to offer users as many choices as possible. And it also does well to allow developers to target as many varying form factors with the same code.

The focus on that last sentence should be on the word quality. And what I mean by that is a developer who understands the platform, acknowledges the constraints fragmentation puts on it, and strategizes development accordingly. It might be more difficult to develop for Android than other platforms (though, personally, I found it easier because of my previous experience with Java) but with the slightest of research, you know when you first start what you’re getting yourself into. And, anyway, other than apps that have specific hardware-platform requirements, developing for Android is far easier than web-development.

Also, Animoca goes on to mention that one of their biggest problems is the throngs of entry-level phones available in China. This is a problem specific to a few regions (primarily developing countries, such as India too). And it’s a good thing these phones are available, because they have brought down the price of smartphones to such a degree that nearly everyone can now afford to skip feature phones, and get an Android device (even if of highly limited capabilities).

This is a good thing not only for Android, not only for developers, but the entire smartphone industry in the long run. Also, I have to give props to Animoco for having understood the purpose of fragmentation in Android by not cribbing about it, but instead saying:

“We like fragmentation as users prefer choice. We are not big believers that one size fits all.”

As I wrote back in February, there’s not much Google can now do to turn this fragmentation and other side-effects that come along with an open-source system. So everyone, please, skip this pointless hoopla around “fragmentation”. 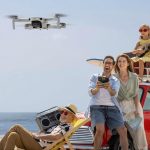 DJI Mini SE, a drone that fits in the palm of

Smart home tech is everywhere these days from thermostats, security cameras, switches, plugs, and more. While there are countless brands out there pushing one or two products, Aqara is one of the few to offer a broad ecosystem of devices that are a little less visible but equally as important with over two dozen products …