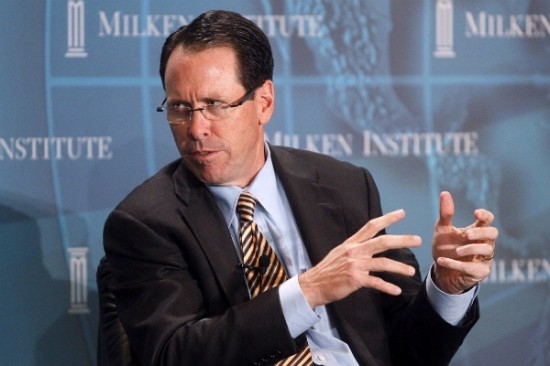 Slow Android updates have long been a concern for Android fanboys looking to receive the latest offerings from Google HQ. When it comes to pointing the finger, we know that both OEM’s and carriers share the responsibility of devices receiving timely firmware updates, with the carriers ultimately having the final say on whether or not update will be pushed to those devices.

Apparently, someone forgot to send the memo to AT&T’s CEO Randall Stephenson on exactly how the update process works. Speaking at Milken Institute event, Mr. Stephenson was asked why some phones are slow on receiving the latest version of Android. His response? It’s Google’s fault.

“Google determines what platform gets the newest releases and when. A lot of times, that’s a negotiated arrangement and that’s something we work at hard. We know that’s important to our customers. That’s kind of an ambiguous answer because I can’t give you a direct answer in this setting.”

Puzzling. We’ve always been led to believe that Google develops the software, open-sources it and makes it available to anyone who wants to put it on their phone, tablet, watch, refrigerator, etc.. But we’re willing to give AT&T’s CEO the benefit of the doubt. It’s entirely possible he could have been referring to Google’s Nexus devices, of which Google does negotiate with carriers, manufacturers, and chipset makers in partnering up together to release the flagship. Either way, news got back to Google and spokesperson at Mountain View had this to say:

Mr. Stephenson’s carefully worded quote caught our attention and frankly we don’t understand what he is referring to. Google does not have any agreements in place that require a negotiation before a handset launches. Google has always made the latest release of Android available as open source at source.android.com as soon as the first device based on it has launched. This way, we know the software runs error-free on hardware that has been accepted and approved by manufacturers, operators and regulatory agencies such as the FCC. We then release it to the world.

Stephenson’s blurb has been making the rounds across the usual media outlets, calling into question the true “openness” of Google’s mobile OS. But fear not, like most things, it seems to be nothing more than a misunderstanding on AT&T’s part, who, I’m sure will issue an updated statement in the coming days. 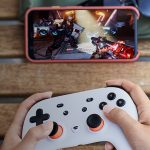