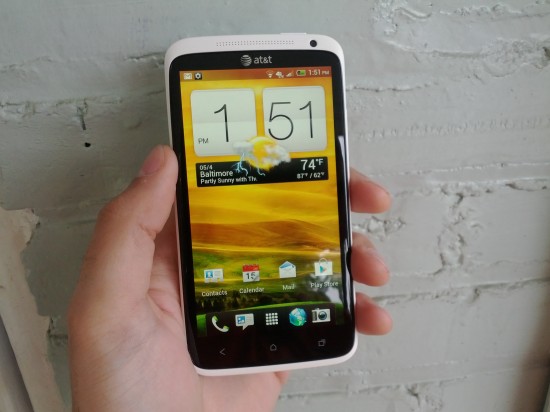 HTC set out to create a device so desirable that consumers would immediately tag it as the “one” for them. So does the HTC One X live up to expectations? AT&T’s version of the device doesn’t carry the same quad-core Tegra 3 processor as its international cousin, but it’s hardly missed. The One X mixes beautiful design, powerful hardware, and refined software to provide one of the most polished Android experiences to date. We jumped right in and put HTC’s flagship handset to the test. Read on for our full review.

The HTC One X is a big handset with a screen measuring in at 4.7-inches, but it is by no means bulky. The phone still manages to stay pretty light while feeling solid at 4.6 ounces and measures in at 0.36 of an inch thick. You’ll be thankful for the large display for its brightness and clarity at 720p HD resolution. The 1.5GHz dual-core Snapdragon S4 processor is coupled with 1GB RAM and the phone boasts 16GB of onboard storage. Unfortunately, there is no expandable memory via microSD. In fact, the unibody phone features no removable back cover and provides no access to its 1800mAh battery. 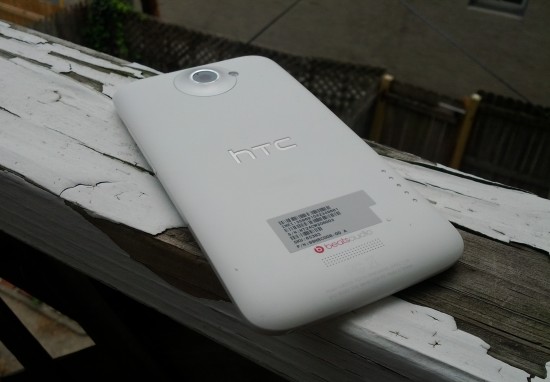 The design of the phone is similar to previous unibody handsets from HTC, but gets a few nice touches including the use of polycarbonate and a screen bezel that curves into the phone’s one-piece casing, creating a gentle flow between materials. Otherwise the One X is rather minimalistic, featuring only microUSB and 3.5mm headset ports, a volume rocker and power on/off/standby button, and an 8MP camera with LED flash framed in the middle of the device’s upper rear. There is also a front-facing camera. A row of contact pins serves as a connection for docks and accessories.

The power housed within the One X was obvious, and the difference between the AT&T version and its international counterpart was hardly felt. Navigating the phone’s interface, surfing the web, viewing media, and playing games were all strong points of the One X. Coupled with the speed of AT&T’s growing 4G LTE network, the One X doesn’t miss a beat. Call quality was as good as any we have come across on AT&T.

The thing with the One X, though, is that it’s software is so perfectly tailored to take full advantage of the device’s hardware, and vice versa. The handset launches with Ice Cream Sandwich and is among the first crop of phones to feature Sense 4.0, which strips out many of the flashier elements bloating previous builds and focuses on speed and ease of use. There is still plenty of customization, including the ability to assign shortcut keys to the phone’s dock, but it all seems to work better.

Other features include the ability to launch apps such as the dialer or camera directly from the One X’s lock screen and a sortable app tray. Beats Audio is directly integrated into the handset and launches a special audio profile whenever a Beats headset is detected. The experience is improved over previous Beats phones like the HTC Rezound, and audio enhancements now apply to any audio source. 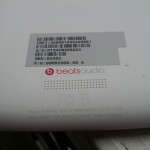 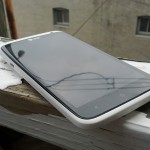 HTC has opted to go with hardware soft keys for the Android navigation buttons over Ice Cream Sandwich’s on-screen software alternatives. It’s really a matter of preference, however, and shouldn’t take away from the experience. One curious decision comes with how HTC handles the multi-tasking key. Instead of a series of overlaid tiles that can be flicked off the screen, the multi-task button on the One X launches a full screen dialog with a carousel of recently used  apps. It’s not as intuitive as Google’s solution. 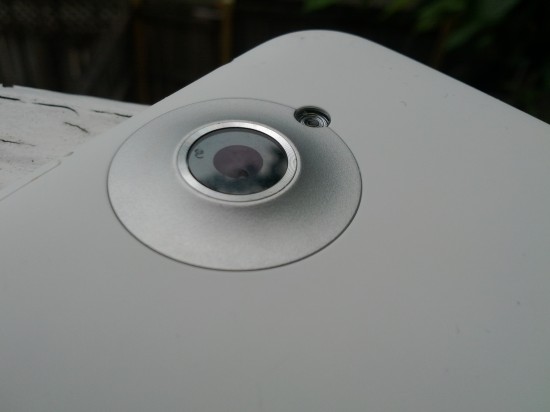 While the hardware and software of the HTC One X are pretty great on their own, the phone’s best trick comes from the merging of the two. ImageSense is a new technology that takes advantage of a newly developed camera sensor and couples it with software refinements that provide one of the best photo taking experiences ever to grace a smartphone.

The One X can focus and snap a photo with lightning speed, but if that’s not quick enough the camera also offers burst mode, capturing a series of photos in quick succession and letting you choose the best shot later. It’s perfect for grabbing an action shot. If that action is better suited for video, no problem. The presence of both the camera shutter button and the video record button on one screen means you won’t have to waste time switching between modes. If you decide after capturing a video that pictures would have been nice, too, no problem. The One X’s camera and gallery allows you to easily capture still frames from a previously recorded video. 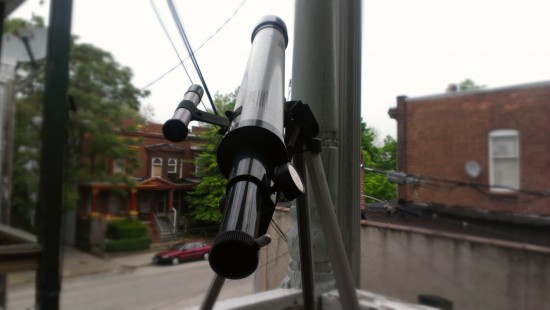 The One X offers plenty of options when it comes to photo settings, and a nice selection of effects can be applied and previewed on the fly. One of my favorites is the depth of field effect, which you can see in the a couple of these sample shots. Color and light reproduction was great, and the camera functioned pretty well in all lighting conditions. 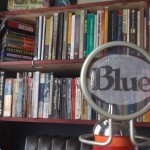 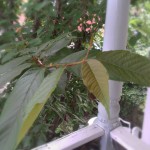 Video was also a treat, with full 1080p HD resolution to boot. Video mode had a similar response to color and lighting as did camera mode, and the results were equally as impressive.

HTC has hit one out of the park with their latest offering. It’s hard to find a better combination of hardware and software in a smartphone, and the whole thing brings a refined, savvy touch that many feel Android is missing. Excellent photo capabilities and enhanced audio only add to the One X’s charm. Sure, it lacks a removable battery and comes up short on removable storage, but that should only deter some of the pickier consumers. On AT&T’s network the One X’s full power is unleashed. So is it the One for you? It sure is for us. 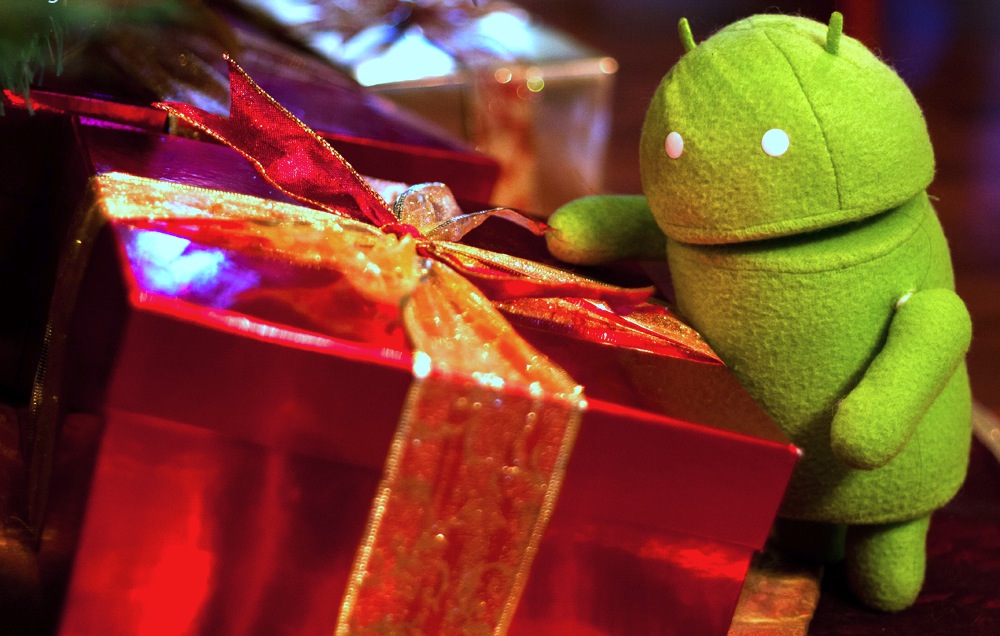 Shopping for Christmas presents is a difficult process, especially when you feel as though you have a never-ending list of friends and family to buy for. There is generally one person who seems impossible to buy for, but every purchase seems like a win and one to cross off the never-ending Christmas list.When it comes …