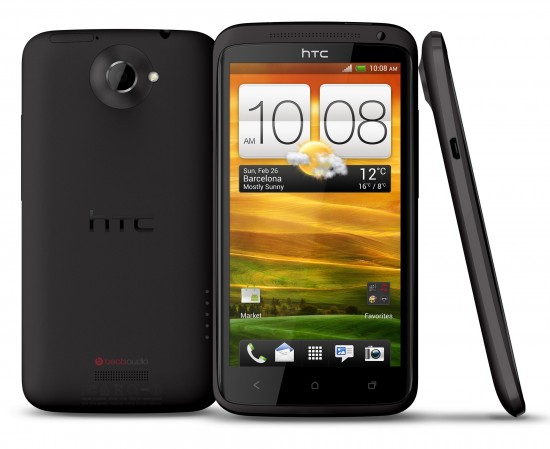 There have been a few rumors surrounding the upcoming release of Sprint’s next iteration of the HTC EVO. We all know it’s coming. After sending out press invites, we’re pretty darn sure Sprint and HTC are poised to make an announcement on the device on April 4th. We know HTC mentioned they would be releasing fewer devices for the year, instead focusing on their One line of devices. Does this mean Sprint’s EVO will be nothing more than a HTC One X with LTE radios? What exactly can we expect the specifics of the device to entail?

Well, last night, I have been bouncing back emails with a tipster and after cross referencing the information with some of our other tipsters (who prefer only to verify information) here is what we can expect from the HTC EVO One on Sprint (yup, that’s the name).

The device will naturally feature many of the same specs as the HTC One X but with a few exceptions. First, Sprint’s EVO One will feature removable storage to add to the generous amount of 16GB of pre-installed internal storage, and — wait for it — the return of our beloved kickstand. Yes, movie and game lovers everywhere on Sprint can rejoice. If you ask me, that’s what made an EVO an EVO and I welcome its return (shame on you, EVO 3D. Shame).

Also, for this model the device HTC may not have the plastic casing of the regular One X, instead going for a full metal casing. The tipster mentioned that it felt solid in the hand. Color scheme is a little different in the Sprint version with the device remaining mostly black with silver accents and a red stripe around where the kickstand pops out. Since this will be one of Sprint’s LTE devices, you can expect the same S4 processor as the AT&T version. Everything else will remain the same as the AT&T/international version. Same display, software, etc.

The HTC EVO One on Sprint is expected to launch on June 6th but wont be Sprint’s premier LTE device. That title is reserved for the Galaxy Nexus LTE which we’re expecting sometime in April. And since we’re on the topic of rumors, I’ve also been hearing that a few Sprint employees have started training for the Galaxy Note (as well as the Evo One). What do you guys think? At this point are you thinking Galaxy Nexus or HTC EVO One? With the possibility of the Galaxy Note coming down the pipeline, does that muddy up your decision at all? Of course we’ll learn more once the HTC EVO One is unveiled on April 4th so, stay tuned.

Update: Seems AndroidCentral received a similar tip reporting the HTC EVO One will also have a SAMOLED display (pentile) and larger 2,650mAh battery. We’re trying to get this confirmed from our source but take it as you will.

Update 2: Our tipster was able to confirm that it will come with SLCD2, just like the international version. Boom.