A good chunk of the smartphone world – Verizon’s Android customers in particular – were in uproar regarding news that their version of the Galaxy Nexus would not be coming with Google Wallet.

We speculated (and still do believe) that their mobile payments partners in ISIS were the leading reason why they were reluctant to provide the service. After all, Sprint is still the only carrier to offer it and they only offer it on one device – the Nexus S 4G.

But they officially cited that Google Wallet was left out due to concerns about security and user experience. The last bit of that – UX – is so broad a term that one could come up with any estimation as to what they mean, but security? Well, that’s a legitimate concern.

Verizon elected not to go into grave detail regarding their security concerns at the time of their statement but we may have a vague look at what’s going on via viaForensics. What they reportedly found is just a bit alarming, if true:

There were other security concerns but they have apparently been cleaned up in software upgrades. We assume the issues listed above won’t go long without Google’s attention though there’s no word on what they’ll be doing about it and when.

We’re not sure if this is the type of stuff holding Verizon or any carriers other than Sprint from offering Google Wallet but we can understand why they wouldn’t be comfortable with it.

That’s not to say we know for sure whether or not Verizon will offer this service whenever their concerns are addressed, but we’d at least know there’s a chance. And yes, we’re hoping these findings won’t delay the Galaxy Nexus even further. Just offer Google Wallet in the market and call it a day. [via TheVerge] 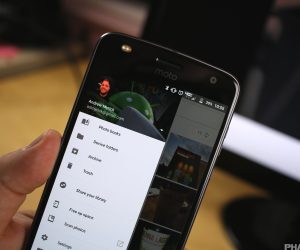 In November of last year, Google confirmed that it would be ending its “unlimited” uploads for Google Photos. This has been a feature ever since the original Pixel was launched, allowing you to upload your pictures at their full resolution, without needing to worry about storage limitations on your Google account.As of June 1st, the …