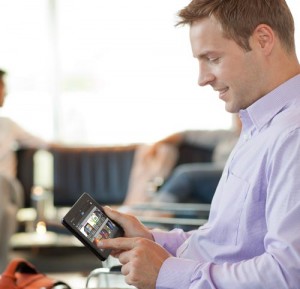 Boy has Amazon been busy. Yesterday we explained how those who want the Kindle Fire as early as humanly possible will want to visit their local BestBuy. Over the weekend we learned the Fire would come with 400+ popular magazines. Today we saw a flurry of Kindle Fire Reviews hit the wire (check out Engadget’s Review) – most of them resoundingly good when taking price into consideration – and it seems Amazon has decided to celebrate by starting shipments a day early.

If you haven’t yet ordered, you can buy the Kindle Fire at Amazon for $199. Or if you’re willing to test your luck, you might want to stay tuned for a contest announcement a little bit later today. In the meantime, check out our Kindle Fire Forums, take a peak at the press release below, and let us know if your Kindle Fire has started shipping.

SEATTLE–(BUSINESS WIRE)–Nov. 14, 2011– (NASDAQ: AMZN) – Amazon.comtoday announced it is shipping Kindle Fire, already the bestselling item on Amazon.com, one day early. Kindle Fire offers more than 18 million movies, TV shows, songs, books, magazines, apps and games, as well as free storage of Amazondigital content in the Amazon Cloud, Whispersync for books and movies, a 14.6 ounce design that’s easy to hold with one hand, a vibrant color touch screen, a powerful dual-core processor and Amazon Silk – Amazon’snew revolutionary web browser that accelerates the power of the mobile device by using the computing speed and power of the Amazon Web Services cloud – all for only $199. To learn more about Kindle Fire, visit www.amazon.com/kindlefire.

“We’re thrilled to be able to ship Kindle Fire to our customers earlier than we expected. Kindle Fire quickly became the bestselling item across all ofAmazon.com, and based on customer response we’re building millions more than we’d planned,” said Dave Limp, Vice President,AmazonKindle. “Customers are excited about Kindle Fire because it is a premium product at the non-premium price of only$199.”

Early comments from product reviewers on Kindle Fire include:
“The Kindle Fire is a 7-inch tablet that links seamlessly with Amazon’s impressive collection of digital music, video, magazine, and book services in one easy-to-use package. It boasts a great Web browser, and its curated Android app store includes most of the big must-have apps (such as Netflix, Pandora, and Hulu). The Fire has an ultra-affordable price tag, and the screen quality is exceptional for the price.” – CNET

“The Fire is a marvelous device.” – Chicago Sun-Times

“It sounds horribly corny, but you’ll feel a little powerful using the Fire, in a consumer couch potato kind of way. The volume of stuff that’s available for your brain to munch on is so immense and easy to grab that the Fire feels massive beyond its small-ish frame—which, by the way, is sturdy and satisfying to hold, like a good paperback. A paperback filled with internet magic and delectable liquid crystal. The Kindle Fire is a spigot, and Prime tastes delicious.” – Gizmodo

“It bakes in books, music, movies, apps/games, magazines, multi-tasking, universal search, easy access to anything you have in Amazon’s cloud, and a sense that this device and Amazonknow you.” – Mashable

“The Kindle Fire’s killer feature may be its access to the free streaming movies and TV shows that are among the benefits of subscribing to Amazon Prime, the company’s $79-a-year premium program. (A free 30-day subscription to the service is included with the Kindle Fire.)” – The world’s leading consumer magazine

“The culmination of 17 years of work, the Kindle Fire is the missing piece of the company’s vast corporate puzzle, bringing into harmony nearly every discordant service the company has built since CEO Jeff Bezosfirst set up shop in his garage in 1994.” – Fortune

Kindle Fire orders are fulfilled on a first-come first-served basis. Customers can purchase now at www.amazon.com/kindlefire. 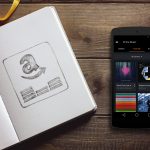 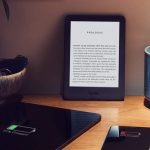 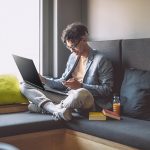