Sony’s done it all – tablets, TVs, cameras, media players for all digital formats and physical media, video games, headphones. You name any consumer and even professional tech product class and their hand has probably been in that pot more than a few times. Now they want to add phones to their repertoire.

Sony wants to move past the partnership they have with Ericsson for phones and gobble up Ericsson’s mobile division, according to the Wall Street Journal. This would probably eventually kill the “Sony Ericsson” brand and end a partnership that has served both parties well for quite some time.

While they currently have half a brand with Ericsson’s offerings, they’ll want to develop phones with just “Sony” on them and advertise them like only Sony knows how. Then again, we’re not yet sure if this is a brand thing or a money thing, but we do know Sony’s probably going to be putting up a whole ton of money to make this happen.

Analysts have valued Sony Ericsson at $1.3-$1.7 billion, and while the company may not sell for that exact amount, anything in that range (or higher) is sure to be seen as a major acquisition.

From the sounds of things, the deal may be close but WSJ’s sources say things could fall apart any minute (as is the case with any high-profile acquisition proposal). It wouldn’t be a bad merger, I’d say, as Sony normally exudes quality in everything they do. We can’t imagine things will be any different here. [WSJ] 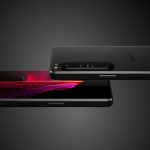