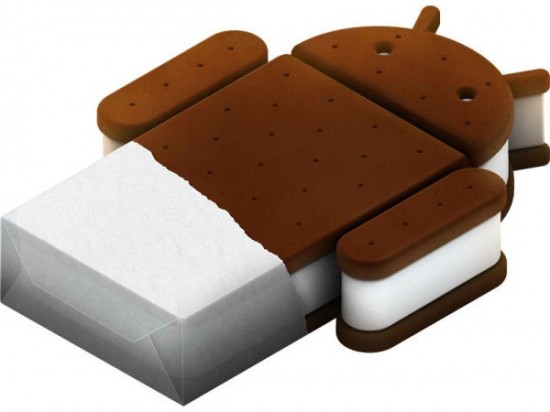 I have no shame when it comes to bringing you the latest Samsung Nexus/Droid Prime rumors and today is no different. Seems Dustin Earley from AndroidandMe was cruisin’ through 4chan when he stumbled upon this thread from an anonymous user claiming to have had direct hands-on time with the device. As it goes with 4chan, threads are usually gone in an instant and rather than supply you with the “ZOMG” responses and pics of she-men, Dustin went ahead and took out the more important bits for ya. Here we go!

Alright so these Samsung representatives dropped by work today and gave our team a heads up about their mobile division and their flagship phones coming out in the near future. Basically they came in with the new Samsung Galaxy Nexus. They said it was a beta model, but it looked like a proper retail version. They talked about that phone, their Galaxy S II, it’s success and the Galaxy S III next year which is already in R&D.

– Samsung representatives showed a working a working model of the Samsung Galaxy Nexus but not the Galaxy S III. They passed around the Galaxy Nexus phone and we got about an hour to play with it while they were here. The phone looks similar to the Sprint variant of the Galaxy S II, with a round-edged body, but also similar to the Nexus S with a curved screen. It’s a good size, not too big if you’re used to Android phones. It’s a monster compared to iPhones though.

– Reps said that Verizon passed on the SGSII to have an exclusive deal with Samsung to stock the Galaxy Nexus.

– It is heavier than the SGSII, weighing in at around 130g-140g because of the metal casing. It feels nice and has got decent weight.

– The phone is blazingly fast, I guess it’s as fast the SGS II. It has no issues with general use and opens apps, drawers etc instantly. No lag. I tried opening a whole bunch of apps, but it was still running smooth and would auto-kill once it got overloaded anyway, so you never feel the performance taking a hit.

– Ice Cream Sandwich is very nice. It works like the current Gingerbread OS but has gotten a major facelift. The menus are a lot nicer and smoother, screens have a ‘glassy’ look to them. It just feels more polished with more animations (fast and smooth) when accessing things on the phone.

– The app drawer has three sections at the top that you press and it goes to the drawer for your selection. There are sections for apps, games and widgets. The apps section is what we are all used to. Just drawer for all the apps on the phone. The games section is just a drawer for all the games you’ve downloaded, the widgets section shows all the apps that have widgets available. The cool thing is you can click the widgets in the widgets section to get a view of what they look like. So you don’t have to screw around with applying a widget on a homescreen, seeing you don’t like it, deleting it, doing it again wit a slightly different setting etc etc to see the difference. On ICS you get a visual representation of the widget, you can swap easily between the widgets the app provides, change the settings in real time, and then you can go ahead an apply it on a homescreen.

– Best of all with the drawers is that you can create and name your own app drawer if you want. I think the ICS comes with three standard drawers mentioned above (apps, games and widgets) and then demo phone had app drawers created called “Sports” and “News” which contained all the sports and news related apps that you download. I’m not sure if the sports apps you download automatically go to the sports drawer (with some settings like auto push sports apps to drawer “Sports” or something) or if you have to put it there manually. Either way, it was very good and reduced the amount of searching for an app. With the Galaxy phones, if you didn’t know where the app was, which page it was on, it would take a while to search through it because they weren’t in alphabetical order, they were just in the order you downloaded them. This is a LOT cleaner, organised and feels more polished.

– I’m not familiar with Honeycomb, so I don’t know really what it pulled from there. I’m guessing quite a bit because visually it’s quite different to current Android phones. I always thought that Android phone manufacturers made great phones, but the Android software lacked polish and user-friendlyness I was told the glassy look is from honeycomb and there are a lot more blues and purples on the phone rather than green. The icons look different, more shiny. The marketplace app is the same as the current one. Not sure if a new one is being worked on.

– The Gmail app is a lot better looking than the current one. If you flip the phone to the side, it has the preview pane, like how Outlook works, with the emails on on the left and the message on the right. It looks really nice. Vertically, it works similar to the current Gmail app, but looks a lot cleaner and on an email the reply button says “reply” rather than having that arrow. There’s a down arrow next to the reply button which has “reply all”, “save as draft” etc etc. The threads are smaller (could be due to the higher resolution screen) and around 10-12 threads can fit on the screen. Other than visual tweaks, it’s the same thing you know.

– The internet browser is leaps and bounds better than what you currently get. It has a completely revamped interface and the icon is no longer the blue earth icon. The icon is now an Android behind the earth which is green and blue. Name is still “internet”. But it’s really easy to use. I personally hated the stock browser for Android but I’d actually consider using this. It has its tabs at the bottom of the screen now, similar to Opera Browser mobile. The pinch to zoom is better than before, the rendering is excellent, no checkerboards. Zoomed out the text is pristine. Really liking the browser app.

Was I the only one that got all hot and bothered after reading that? Okay, I’m sure by now I don’t need to tell you to “take it with a grain of salt” seeing how this was posted anonymously and for the love of gawd, it came from 4chan. But there you have it. Real? Or just the twisted imaginings of an internet troll? Leave your thoughts in the comments.