Hot on the heels of IFA in Berlin, Germany are a handful of newly announced Android handsets from Samsung Mobile. They follow Samsung’s brand new naming scheme of designating letters to give customers an idea of what to expect, without having to read the specs or check the price sticker. Without further ado, let’s check out the lineup! 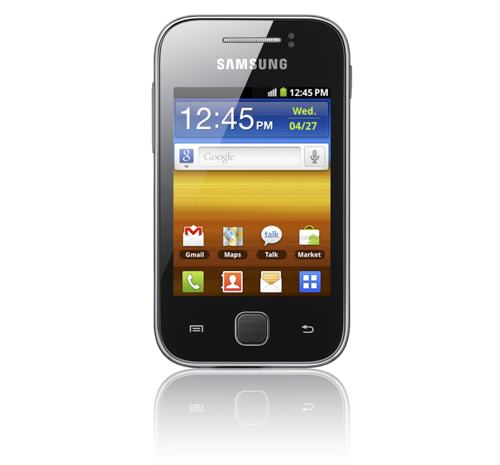 First up is the Samsung Galaxy Y (above). The “Y” stands for “Young” and can be seen as Samsung entry level handsets meaning affordable price with lower-end specs. This one in particular will be running on Android 2.3 Gingerbread, 832MHz processor, 3-inch 320×240 LCD display, 2MP camera, 7.2Mbps HSDPA and 1200mAh battery. Like all of Samsung’s new Android devices, it will offer support for Hubs, come with Swype pre-installed and feature TouchWiz UI. 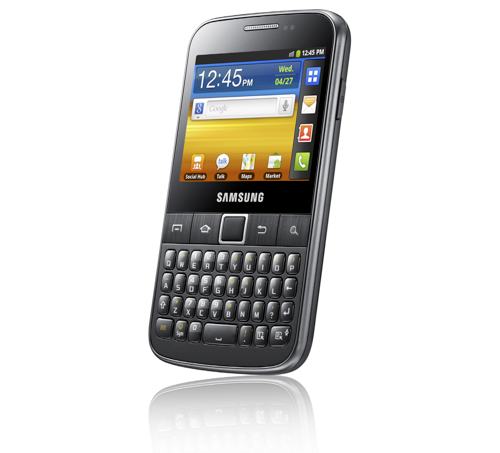 Next is is the Samsung Galaxy Y-Pro. Essentially this is the Galaxy Y with a full QWERTY in a Blackberry form factor. Not much other details were given on the device so expect the same internals, with a slightly different resolution screen. 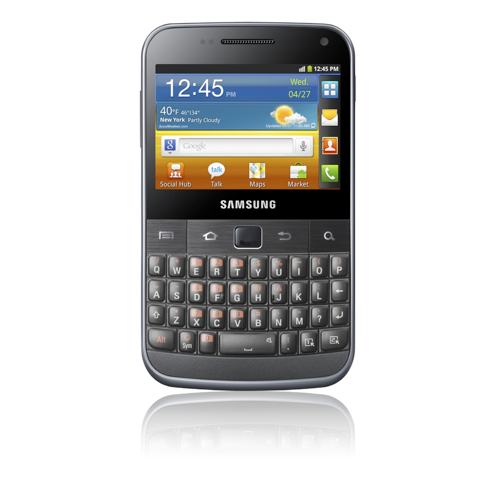 The Galaxy M-Pro is Samsung’s “Magical” mid-tier handsets designed to offer more power yet still remain affordable. The M-Pro has a 2.66-inch 480×320 LCD display, 1GHz processor, 5MP rear/.3MP front facing cameras, 1350mAh battery and running Android 2.3. Since this will be aimed at the business market, the device will come pre-installed with apps like Cisco Mobile, Webex, Sybase Afaria and others. 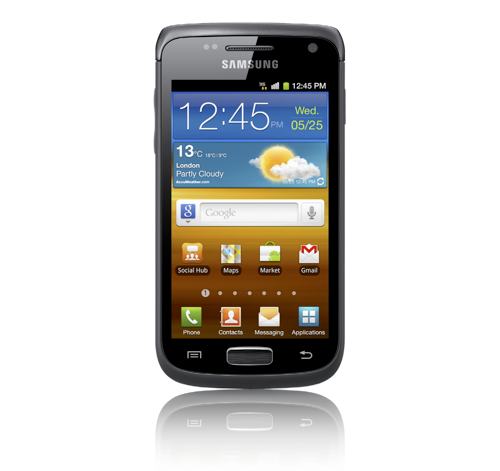 And now we’ve come to the Samsung Galaxy W. According to Samsung’s handy chart, the “Wonder” devices are classified as their “high-tier” line of Android handsets. Like all the others, it will be running off of Android 2.3 Gingerbread and feature a 1.4GHz single-core processor, 3.7-inch 800×480 LCD display, support for 14.4Mbps HSDPA, 5MP camera and a 1500mAh battery. You can expect the typical Samsung software and the Galaxy W will also offer support for Kies Air which can be used to access the phone wirelessly using WiFi.

So, that’s pretty much it from Samsung’s pre-IFA lineup. We’ll have to wait until August 30th before we learn more. Let’s hope Sammy unveils the Galaxy R and S tier of handsets and just maybe, they’ll give us some deets on that U.S. launch for the Galaxy S II. As always, we’ll be keeping you posted.