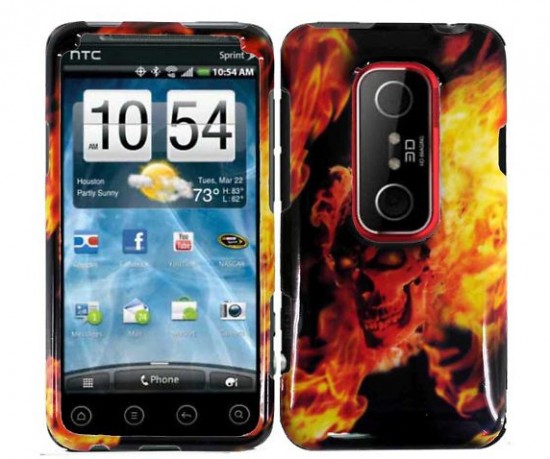 Personally, I’ve never been one for forum sites, but after browsing around our wonderful Android Forums today, I came across this post from spy2jgc and it may have saved my life.

Alarmed at the amount of heat his Evo 3D was giving off after connecting to his phone to the included USB cable and stock charger, spy2jgc did some digging around and found out that his unit was being charged at dangerously higher than recommended voltage levels. This was not only killing battery cells but making the phone a potential fire hazard in the process. He quickly got in touch with Sprint and apparently this is a known problem with the device and they promptly offered a replacement. After another day with his replacement, he noticed the same issues with the new device.

I’ve been experiencing a similar problem with my Evo 3D. My device stays cool while charging but once I’m out and about, it will begin cooking in my skinny jeans. Yesterday, after noticing the heat, I killed off ALL background apps thinking it was an app gone rogue and made a point to not wake my phone again (since I was going to be away from a charger for some time). The phone continued to stay hot and after around 3 hours, the battery had fully depleted from a completely full charge. Keep in mind, I had 3 to 4 bars of reception the entire time, killed off any and all apps in the background and hadn’t used the device even once during that time frame. The funny thing is, I was with my friend who also owns an Evo 3D and watched him as he made phone calls, tweeted, etc. and his phone lasted the entire day.

I guess the only question remaining is if the heat is a hardware defect or a software issue. If it’s the hardware, do all Evo 3D’s suffer from this? If it’s the software, has HTC acknowledged the issue and are they working on an update? I mean, I’ve never been one to mind a little heat in my pocket but if it means my phone is defective or could potentially explode when not in use — well, then we have a problem.

Just like I said in a previous post, while a vocal minority are complaining to HTC about unlocking bootloaders, I think it’s a little more important that HTC ties loose ends, plugs up leaky holes and addresses issues like this that could potentially be affecting the majority of Evo 3D users.

How about you guys? Anyone else noticing excessive heat issues with their Evo 3D or are mine and spy2jgc just isolated cases?