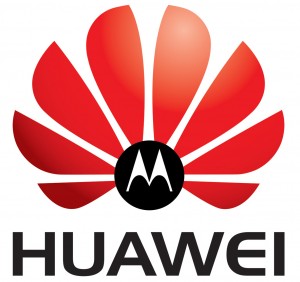 The battle over intellectual property between mobile manufacturers continues, this time with two Android powerhouses set to duke it out. Huawei has just announced that they’ve filed lawsuit against Motorola for IP Infringement. While it appears the lawsuit is not in the mobility or Android space, but rather in the wireless networking business which Motorola recently sold off, I’ve dug through the actual legal filing and found some interesting details.

The core of Huawei’s complaints revolve around the following claim:

Since 2000, Huawei and Motorola have had a cooperative relationship in the radio access network and core network businesses, where Motorola has resold Huawei wireless network products to customers under the Motorola name. During this period, Motorola was provided with products and confidential Huawei IP developed by Huawei’s team of more than 10,000 engineers.

Since the July 2010 announcement by NSN of its purchase of Motorola’s wireless network business, Huawei has tried to ensure that Motorola does not transfer this confidential information to NSN. Motorola, however, has not responded with assurances that it will prevent disclosure of that information to NSN. If Huawei’s proprietary commercial property and information is transferred to a third party, Huawei will suffer irreparable commercial damage.

But buried deep in the PDF I found the following line along with others specifically mentioning mobility and LTE:

Huawei developed and provided GSM-standard and CDMA-standard mobile telephony switching equipment for Motorola to brand and sell in the China market.

The complaint actually discusses mobile equipment in detail, but it seems the alleged breached partnerships concern mobile infrastructure on a more B2B level rather than consumer products. But who knows – maybe a consumer products lawsuit will be next, after all the absurd statistics found in the press release would indicate they’ve got no lack of knowledge they might want to protect:

My question is: if you have almost 50,000 patents, how the heck do you keep track of what intellectual property you OWN let alone find those breaching it and sue them? The tech patent landscape has grown a bit ridiculous. I’m not sure of the validity of this case – it seems pretty straightforward and fair from a claims standpoint – but how much of the legal system is being bogged down based on IP infringement lawsuits by companies with tens of thousands of patents?