New reports from OEMs who have been building tablets to spec for Android 3.0 (Honeycomb) state that there will indeed be a set of minimum requirements that must be met: the devices will need to have a dual-core processor (based on the Cortex-A9 architecture, which NVIDIA’s widely-used Tegra 2 chipset is), and the display will need to boast an HD resolution of 1,280×720.

This conflicts with what we learned from Google a few months ago where it was once believed Gingerbread – what is currently available as Android 2.3 – would need a lot of horsepower to play nice. If Bobby Cha’s claims are accurate, then Google just wasn’t telling the full truth: a future version of Android still may require a minimum set of specifications.

Though you might think only the most expensive of tablets will don Honeycomb and beyond, Cha says that we will still get “low-end” devices which meet these specs due to component costs lowering in the future.

Don’t panic, though, because we’ve heard time and time again – from a trusted source of our own – that Google’s going to create a less-capable fork of Honeycomb to work well with low-end tablet devices and mobile handsets. Cha’s report initially suggests Google might just stop at Gingerbread as far as software updates for handsets go, but I just don’t see that happening at all.

The Honeycomb story has yet to fully unfold. We may finally learn some concrete details soon at CES as Motorola is expected to be at the show to unveil their tablet, which is now being called the Motorola XOOM, and will supposedly be running Android 3.0

Although PCMag – the originators of this information – strengthened the likelihood of this being true by disclosing the name and affiliation of their source, we’re going to treat it just as we’d treat anything that doesn’t come from the horse’s mouth: it’s a rumor. 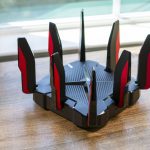 TP-Link Archer GX90 is a new router designed for gamers 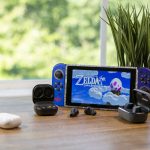 How to pair Bluetooth headphones with Nintendo Switch