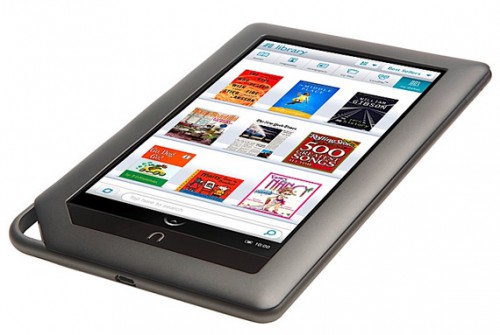 No surprise here, the eReader turned full-on-tablet has landed itself the number one spot on Barnes & Noble’s holiday best seller list this year.

If you were holding off on this device because you just can’t part with Kindle books, you no longer have that excuse.

New York, New York – December 30, 2010 – Barnes & Noble, Inc. (NYSE: BKS), the world’s largest bookseller, today announced that with millions of NOOK eReading devices sold, the line has become the company’s biggest bestseller ever in its nearly 40-year history. The new NOOKcolor Reader’s Tablet, introduced just eight weeks before Christmas, is the company’s number one selling gift of the holiday season. Barnes & Noble also announced that it now sells more digital books than its large and growing physical book business on BN.com, the world’s second largest online bookstore. With its growth across device and NOOKbook™ sales over the critical holiday selling season, Barnes & Noble has successfully established itself as a leader in digital reading.

Demand for the critically acclaimed NOOKcolor remained high following the product’s introduction in late October through the holidays. Sales have continued to exceed the company’s high expectations. In addition to a great customer response, NOOKcolor has received high praise and critical acclaim from leading technology and consumer media outlets including being named “Editors’ Choice” and the “Best Android Tablet of The Year.” The company also experienced robust sales for its award-winning line of NOOK 3G and Wi-Fi devices, which feature an E-Ink display and a color touchscreen for navigation.

The company also reported record holiday sales from its comprehensive two-million-title catalog, including nearly one million NOOKbooks purchased and downloaded on Christmas Day alone. Through Barnes & Noble’s eReading offerings, customers can buy and read their NOOKbooks on the widest range of platforms, including NOOKcolor, NOOK 3G, Wi-Fi®, and using NOOK apps on popular devices including iPad™, iPhone®, Android™ smartphones and more. Among the best-selling titles of the holiday season were James Patterson’s Cross Fire, Stieg Larsson’s The Girl with the Dragon Tattoo, The Confession by John Grisham, and Decision Points by former U.S. President George W. Bush.

“NOOKcolor became the gift of choice over the holidays for people who love to read everything – books, magazines, newspapers, children’s books and more – in rich, beautiful color,” said William Lynch, CEO of Barnes & Noble. “The success of NOOKcolor, along with our unique ability to market NOOK devices to readers in our stores and through our strong channel partnerships with Best Buy, Walmart and Books-a-Million, resulted in the continued explosive growth of our Digital Content business and our NOOK line, our most successful products ever. We have a large online book business at BN.com, that’s been recently growing. And the fact that eBook unit sales now exceed physical book sales through BN.com, illustrates how quickly we’ve grown this exciting new business at Barnes & Noble.”

NOOKcolor is the first full-color touch Reader’s Tablet that integrates books, magazines, newspapers and children’s books – all in amazing, rich color in a device that weighs less than a pound. It features a stunning 7-inch VividView™ Color Touchscreen and is the most social reading device ever built. NOOKcolor is available at your local Barnes & Noble store and at www.NOOKcolor.com, as well as Best Buy, Walmart and Books-A-Million stores. 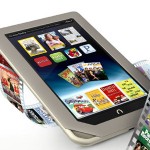 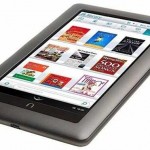 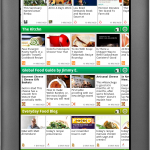 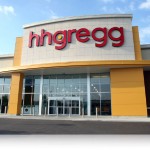 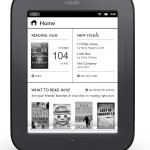