If there was ever any grey area about what to call it, T-Mobile is doing their best to clear the smoke. They’ve decided to kick the name HSPA+ to the curb and go with fewer letters and more in line with “next-gen”.

T-Mobile has launched an ad campaign not only calling their network “4G”, but also calling it “America’s Largest”. You would think they would be more original with their advertising slogans, but first come first serve.

BELLEVUE, Wash. – Nov. 2, 2010 – T-Mobile USA, Inc. today announced the expansion of its 4G mobile broadband network to six additional metro areas, and introduced two new products designed to tap into its 4G service. Tomorrow marks the national retail availability of the
T-Mobile® myTouch® 4G and T-Mobile’s first 4G netbook, the Dell™ Inspiron™ Mini 10 4G. With typical download speeds that are on par with or faster than competing 4G technologies, and service availability in 75 metropolitan markets throughout the United States, the
T-Mobile network now offers a super-fast, next generation mobile broadband experience to more people than any other wireless network in the country.

“4G is about performance and today T-Mobile’s HSPA+ network is delivering 4G speeds that match and often beat WiMAX and are comparable to what early LTE will deliver. Our 4G network is capable of theoretical speeds up to 21Mbps and we have seen average download speeds approaching five Mbps on our myTouch 4G phone in some cities with peak speeds of nearly 12 Mbps. Further, independent reviewers have seen average download speeds on our webConnect Rocket between 5 and 8 Mbps with peak speeds up to 8-10Mbps,” said Neville Ray, chief technology officer, T-Mobile USA. “The footprint of our 4G service is not something that competitors are going to match anytime soon, and starting today, we will begin marketing our network advantage with TV commercials advertising ‘America’s Largest 4G Network’ from T-Mobile.”

The “America’s Largest 4G Network” message will be communicated in an iconic, arresting and memorable way through national TV and digital advertisements that will begin airing today on major TV networks and cable TV stations, including ABC, CBS, FOX, NBC and TNT, and appearing on websites, including AOL, MSN, Amazon.com and easily viewable on T-Mobile’s YouTube channel at http://www.youtube.com/tmobile.

“Consumers do not understand the technical alphabet soup of technologies involved in 4G, but for our purposes we define WiMAX, LTE and HSPA+ as 4G technologies,” said Chris Nicoll, distinguished research fellow, Yankee Group. “HSPA+ is evolving a far more ambitious and long-term road map than was originally envisioned. T-Mobile is using an upgrade to HSPA+ to deliver faster 4G speeds today and is quickly bringing a number of HSPA+ devices to market that greatly enhance the mobile data experience for its customers.”

“With an upgrade path that continues to provide room for considerable speed enhancements, T-Mobile’s 4G network is purpose-built for continued growth. We are now on pace to increase our 4G footprint – reaching 200 million people by the end of this year – with plans to offer 42Mbps theoretical speeds in 2011,” added Ray. “As customer demand for wireless data increases, T-Mobile is well-positioned to compete based on the speed, breadth and evolution path of our mobile broadband service.”

Product Availability
T-Mobile plans to offer a selection of affordable data plans for both smartphones and broadband products, with smartphone data plans starting as low as $10/month. T-Mobile customers do not pay a premium for access to its 4G network. For more information on T-Mobile products, services, pricing and promotions, visit http://www.t-mobile.com.

The myTouch 4G is available nationwide tomorrow through T-Mobile retail stores, online at http://www.t-mobile.com, at select third-party dealers, and at leading national retailers including Best Buy, Costco, RadioShack, Sam’s Club and Target. Customers can visit http://mytouch.t-mobile.com for more information about the myTouch family of smartphones including the myTouch 4G.

It’s still debatable whether or not they can legitamtely call their latest data network “4G” (and personally I side with the ITU). However, IntoMobile caught up with Reid Walkker, VP of Corporate Communications for T-Mobile and asked what justification they had to call it “4G”. “The market has determined what 4G is, and customers aren’t concerned with what the ITU decides or the technology behind it. Customers have come to expect faster speeds and a better overall experience, ” Walker responded. I read it as “the market doesn’t know what the hell is going on, they just like bigger numbers than the other guy”. 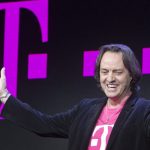 The FCC has approved the $26.5 billion T-Mobi

One of the few surprises of CES 2020 for me was the Samsung Galaxy Chromebook, I’ll freely concede it isn’t a groundbreaking new innovation, but it is a step forward for Chromebooks that I didn’t expect out of anyone other than Google. The $999 starting price was the attention grabber for most people as we …

more_vertSteam support is in the pipeline for Chrome O

closeSteam support is in the pipeline for Chrome OS

In an interview with Android Police last week at CES, Google’s Director of Product Management for Chrome OS, Kan Liu indicated that the Chrome team has been working on Steam support. Now before you get too excited, there was no talk of delivery dates, so don’t go looking for Steam support in the next Chrome …