In his keynote speech at CTIA Enterprise & Apps, Lowell McAdams not only established the cities in which Verizon 4G would launch, but also promised that by CES 2011 in early January, Verizon will be showing off at least a half dozen 4G LTE devices. Take a look at that map: 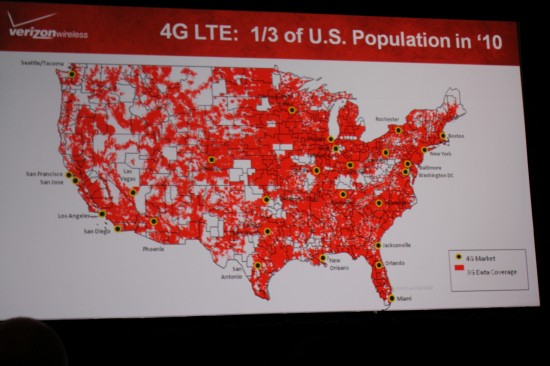 Verizon will roll out 4G in a 3-year effort, culminating in 285 million Americans blanketed with Verizon 4G LTE by the year 2013: 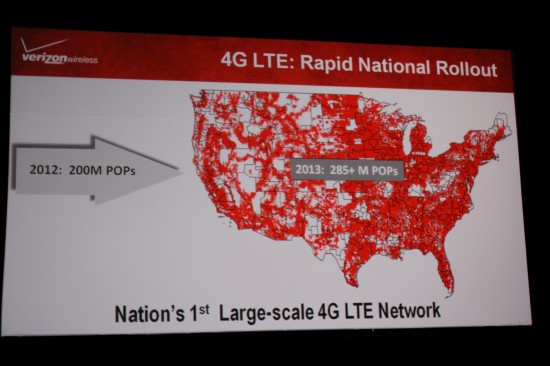 What’s more is that Verizon will also focus on covering rural areas with 4G. They’ve already got agreements with at least 5 smaller carriers in the United States who can leverage Verizon’s 4G network to their customers in less dense areas. And for all the travelers out there, Verizon 4G will be available in 55 airports. So yeah… you are now free to move about the country.

Lowell discussed the two main ingredients of Verizon 4G: speed and latency. He also claimed that Verizon’s in-building penetration is industry best and I’m really excited about his description of how it could transform our devices,  “Signal penetration can make machine to machine really thrive, and delver that smart home, that smart office.”

What I think will really ring the Phandroid bells is his comment that, “Gamers will love player to player instant response time.” Heck yeah we will.

He also took a moment to address Verizon 4G as a service that will be an industry leader: “The misconception is that all 4G is the same,” continuing that, “It’s all about how you build them, how you manage them.” If Verizon does with it’s 4G what it did with it’s 3G then I think the mobile world has a LOT for which they can be excited.

I’d lastly like to follow up with something that really struck me. Last night, Motorola CEO Sanjay Jha talked about transforming from a phone manufacturer in trouble to one of the top in the USA and the World. Nearly all of this can be thanks to them embracing Android and the openness. Verizon has done the same, and they acknoweldged this:

“I realize some of you are saying Cmon Lowell you guys have been the poster child for walled garden for awhile, and I get that.” He followed that up by pronouncing the company’s dedication to openness saying, “In a 4G world, we need to turn that walled garden inside out.” 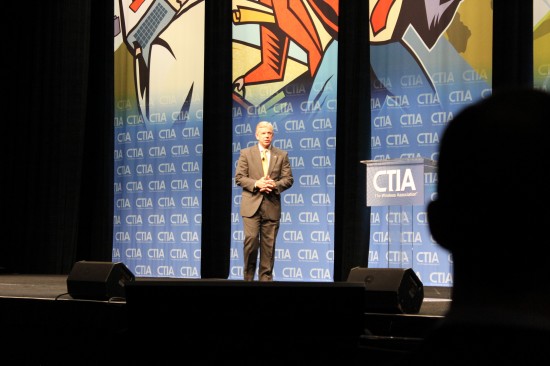 If they follow up with that promise, they won’t only turn the walled garden inside out… but they’ll turn the mobile world upside down.

Verizon has another press conference in about 30 minutes which we’ll be attending. We’ll follow up with any new details we learn!

“Misconception is that all 4G is the same. All about how you build them, how you manage them, etc…”
“In building penetration is best in the market” “Signal penetration can make machine to machine really thrive, and delver that smart home, that smart office.
local_offer    Verizon