It seems like we have been talking about Google TV for years. The project showed its head, fell off the radar, and then came back in a new rally of rumors revolving around the involvement of Sony and Intel. And now it is all official, the Google TV has been unveiled. Well let’s be clear, at least on Sony’s prodcuts it will be branded as “Sony Internet TV with Google” similar to how it works with handsets. 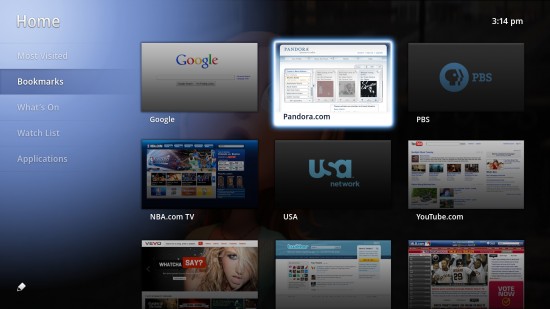 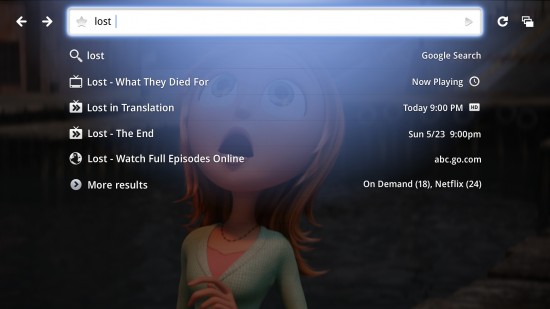 This new initiative is aimed at making the TV and internet experience seamless, allowing for easy access to both television and internet content through a unified Google search. It’s built up around both Android and Chrome, so you’re getting the Android Market and all of its apps. The few they demoed looked good without any modification, but Google will be making some guidelines available for developers to use in creating apps that look great on big screen TVs.

Website developers can also get in on the game, and NBA.com was at the keynote to show off their new TV-geared site, which directly integrates future game schedules into your TV programming guide to set recordings straight from the website. You’re also getting full access to any Flash content you could want, thanks to some help from Adobe.

Google TV is bringing some really cool features to the home entertainment experience, but we have to wonder if it will really catch on when it is released in Fall 2010. Other companies have tried (and mostly failed) at making the web and apps available on televisions, but Google was quick to note that, and perhaps their take will be the one that succeeds. They have the right hardware partners lined up in Sony, Logitech, and Intel, and with Dish Network allowing deep integration with their service the big push may be enough to get it into households.

Google TV will be available in a line of TVs and a Blu-Ray player from Sony or as a set top box from Logitech that interfaces with your current cable or satellite box. Now who is ready to switch over from the standard remote to a nice bulky keyboard? Oh wait, you won’t have to because this one can be controlled directly from your Android handset. Coolest feature? You can push video and websites directly from your phone to your TV.