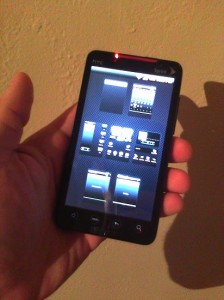 Over on AndroidForums.com there is some discussion about the launch date of the HTC EVO 4G and supposedly an “insider” f rom another forum claims it will be sooner than June 6th. Still a window of a couple months, but it would also be early summer so we’re hopeful.

Some information highlighted from the “insider”, who claims to be an Android certification engineer for Sprint:

“On devices like this though, our whole team (Product Development and Certification) gets involved in testing and ticketing issues. A lot of stuff just gets waived, but most of the legitimate stuff that I open a ticket on, even if it’s out of my area of expertise, gets taken seriously.”

“We’re working out issues with power consumption in 3g and 4g idle mode. I’m personally making efforts to get HTC to improve the 720 video quality and camera auto focusing speed.”

“Also, in the last software build, they finally configured it so the dual LED flash would pulse first to determine focus and then a second time when the shot is captured.. Finally, clear, focused, fully lit photos that can be taken in complete darkness.”

When asked how he likes the phone:

“It is big. Screen is bright. Feels solid. Processor is snappy. 4G is fast. External speaker could be a little better. Dual camera LEDs are super bright and make a good flash light. Don’t know what else to say. It is a good phone. I still prefer portrait QWERTY devices, though, and probably always will. Typing e-mails and long winded texts on a Pre, Blackberry, or Pixi is 10x faster and simpler than with on screen keyboards. I’ve also never liked how you had to hide the damn on screen keyboard in Android so much to see something.”

Talking about Android 2.1 and the software it runs:

“Android 2.1 on it now with tons of HTC crap on top. Unless we push back the release date for some crazy reason, it will probably launch with 2.1 and any further Android updates will be introduced over the air. HTC has included an Over-The-Air update mechanism for 2.1 that should get rid of the upgrade headaches experienced with the Hero.”

And the part I found most intriguing was discussion of the 8MP camera, which sounds like it will be pretty darn good, and with a sample picture it seems to provide great clarity (click pic to enlarge): 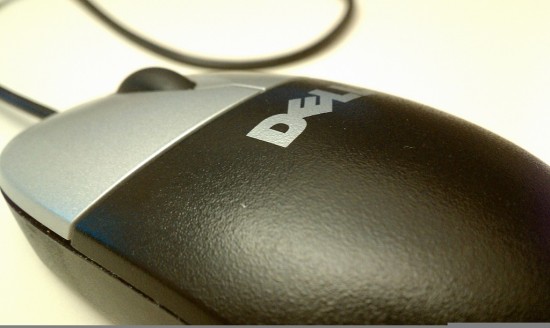 “Also, in the last software build, they finally configured it so the dual LED flash would pulse first to determine focus and then a second time when the shot is captured.. Finally, clear, focused, fully lit photos that can be taken in complete darkness.”

And to top it off, a little bit of oh-so-true humor:

Camera does nice 8 megapixel macro photos… time to find some flowers with bugs on them.