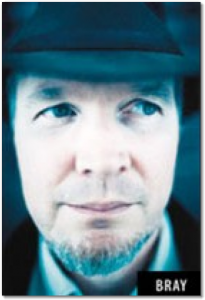 Allow me to introduce you to Tim Bray, the brand new Developer Advocate for Google Android that left Sun Microsystems for the new role. He didn’t waste any time in throwing a few barrels of raw Kuwaiti oil onto the fire by attacking Apple’s iPhone with a loose-cannon lashing that even Joe Biden would envy:

The iPhone platform is “a sterile Disney-fied walled garden surrounded by sharp-toothed lawyers,” Bray wrote. “The people who create the apps serve at the landlord’s pleasure and fear his anger. I hate it.”

The iPhone’s hardware and software may be great, but “freedom’s not just another word for anything, nor is it an optional ingredient,” he explained.

Holy battlestar mobilactica – if the exchanges continue at this pace the battle is going to get much more public and and much more ugly very, very quickly. Them is fightin’ words, and it isn’t hard to tell what side Bray stands on, not by his criticism of Apple or praise of Android:

“The reason I’m here is mostly Android,” he added, calling the platform “about as unambiguously a good thing as the tangled wrinkly human texture of the Net can sustain just now.”

Of course Bray is offering a 100% objective, unbias opinion in his views of the two platforms so you have no choice to agree with him. Really. We insist.

Just kidding, but I have to say I appreciate the intensity and passion Bray has for Android. I think Google and Apple may want to tone down the rhetoric a bit – they’re two of the biggest tech players in the world and if they can somehow learn to play nice, we’ll all benefit. Keep in mind, it was only a few months ago that they WERE playing nice and Eric Schmidt was sitting on the Apple Board. 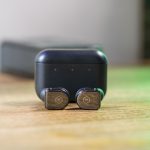