We recently learned that AT&T had taken Android’s precious Google Search bar and incorporated Yahoo Search instead – a virtual “in ‘yo face” to the search engine giant. But hey, them’s the rules and AT&T is playing by them, right? Well now Motorola could be playing that same game.

A vague (and somewhat awkward) Reuters article suggests that Motorola has a new partnership with Bing that will utilize its search and mapping services on the manufacturer’s Android phones.  They say the deal will be “starting in the coming weeks with phones in China,” which leaves the door open for expansion in other countries. Utilizing Bing in China makes sense given Google’s current standoff with the country’s search censorship, but what does it mean in the long run elsewhere?

Motorola has already announced the allowance of Chinese customers to use Baidu as a search alternative so introducing Bing shouldn’t be a huge surprise. But allowing an alternative (Baidu) and engaging in a partnership (Bing) that likely has financial agreements attached to it are two TOTALLY different things. If Motorola’s Android Phones include Google by default, but Microsoft is bidding to have it replaced with Bing, why WOULDN’T the company be open to negotiations? It would be financially irresponsible NOT to leave that door open.

I think most of us agree that Google Search and Google products such as Maps, Mail, Finance and more offer customers a superior experience. But having those products embedded in a mobile device generates revenue – revenue for which other service providers are willing to bid. And if that opportunity is lucrative enough, will Google be willing to bid on placement in its own Android-based phones?

I’m not sure how deep this Motorola and Microsoft partnership goes but the question has been raised and the issue illustrated. AT&T replaced Google on the Backflip, Motorola  could strategically use Bing in sensitive countries, and these occurences could and likely will continue and grow over time. In one sense this is the beauty of Android. In another, it is the scenario that could continue to contribute to consumer confusion.

I am a whole-hearted believer that consumers need to do their own due diligence in researching a product before they purchase, but will people be buying Android phones with the idea it’ll be bundled with Google services but instead get Yahoo, Bing and other alternatives strewn all over the place? And will we be able to replace them?

Please save the “just root your phone” comments for another discussion… we’re talking about the everyday consumers who often think Android Phones are just “Google Phones” and aren’t likely reading this article. Like it or not, these are the people who move the needle the most and compose the bulk of market share.

I think this new discussion brings up a great point that Google has been pushing all along: they truly have created an open mobile OS that can be customized and controlled by the manufacturers and carriers. They’ve created a level playing field to take mobile to the next level and just want an opportunity to play on the playground, believing their own software and services are superior and will win out in the end. And in the end I think they’re right… unless any of you out there would prefer Yahoo or Bing as your phone’s default?

I’m guessing the above numbers will speak for themselves. By enabling mobile phones as web devices, more people will have more access to the web at more times every single day. Inevitably, people will be exposed to Google in these new encounters which will inherently drive additional revenue for Google. The Big G is helping to provide mobile web access to the masses and being rewarded because, simply put, people naturally choose Google over the competition.

I’m sure Google is leveraging their creation of Android in their dealings with Microsoft, AT&T and other manufacturers and carriers. But it is clear that these stakeholders are by no means obligated to select Google as a partner… but wouldn’t you want to? An Android Phone stuck with Yahoo or Bing integration with the inability to rid it of that plague would be a primary reason for me NOT to buy that particular phone. I’m guessing there are many others like me… and I guess Google knew that when they pursued Android in the first place. 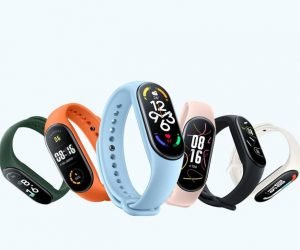