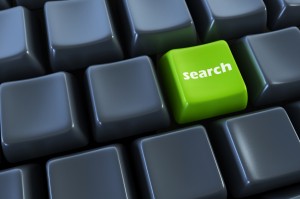 Since Android’s birth, analysts and critics have continually asked how Google will monetize Android. Will they charge partners money in order to use Android? Are there licensing fees? Do they intend to make money from the App Market?

The Google team has always responded by explaining Android’s purpose is simply to grow the mobile web as a whole while leveling the playing field across the board. The idea is if the mobile web wins, Google wins. And while that’s greatly oversimplifying the situation… it still rings true. And even more so now:

Google recently sent out a message to Adwords advertisers that their advertisements will begin to display as “click to call” ads on mobile phones.

Google sent out notification to its AdWords advertisers that this month “your location-specific business phone number will display alongside your destination url in ads that appear on high-end mobile devices. Users will be able to click-to-call your business just as easily as they click to visit your website. You’ll be charged for clicks to call, same as you are for clicks to visit your website.”

This is such an obvious integration and I think this will become a HUGE revenue stream for Google in the coming years. With voice activated Google searches, Google Navigation, Google Maps, Places Directory and other awesome Google services coming on such a wide range of Android phones, they stand to gain A LOT.

It will be interesting to see what new metrics Google introduces as this “Pay Per Call” scenario seems much different on a mobile vs. desktop experience. What about click/touchscreen fraud or misclicks? Will users be able to evaluate what percentage of clicks actually initiate a phone call? How about the length of the phone call depending on keywords or referring sources?

Your first inclination would probably be to say “that’s impossible”… but what if said phones were also making calls using Google Voice? Displaying Click To Call advertisements is a HUGE step in the right direction for Google, but this is just where the fun begins. We’ll see a much deeper and tighter integration of advertisements in coming months/years.

Oh… and that 100% free ad-supported phone everyone likes to speculate about? It’s safe to say that Google would need to justify the cost with estimated revenue per handset. The deeper the mobile ad experience the more likely that is to happen. With location aware devices and determination of patterns/preferences, Google could offer advertising that is truly useful to consumers who see them.