Is the HTC Bravo the HTC Incredible?

A few weeks ago some names were found in a ROM including ‘HTC Bravo’ & ‘HTC Incredible’. Then shortly after the HTC Portfolio for 2010 (Q1 & Q2) leaked onto the internet which put some of those discovered names to images and spec’s. Well in the same informative post on XDA, ‘b3ler3fonte‘ also shares some scans of a brochure including these: 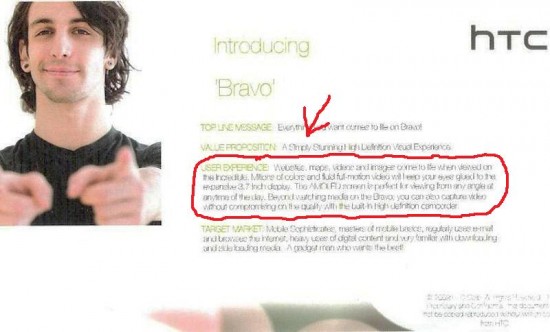 Take notice of the circled area in the picture above (Click the image to see a large version). It reads:

USER EXPERIENCE: Websites, maps, videos and images come to life when viewed on the Incredible. Millions of colors and fluid full-motion video will keep your eyes glued to the expansive 3.7 inch display. The AMOLED screen is perfect for viewing from any angle at any time of the day. Beyond watching media on the Bravo, you can also capture video without compromising on the quality with the built-in high definition camcorder.

Well that’s interesting that it refers to “the Incredible” but that’s not all. Now check out the second picture below (Click photo to view large image) . Here’s what the circled area reads:

Enhanced Video: The Incredible delivers and unrivalled media centric experience that does not stop with hardware. With Dolby and DivX, you really can enjoy and enhanced media experience on the move.

Yep It refers to “the Incredible” for a second time instead of “The Bravo” on a brochure page of the Bravo. Now lets just speculate for a bit. I had a few thoughts what this could be or mean including…

1) Maybe the “Incredible” name is the one given to the Bravo in HTC’s internal name game (or it could be the other way round with Bravo being the internal name?)  2) Could it be the US or European version of the Bravo? 3) Maybe it was a typo though I believe this to be unlikely 4) Some reason I haven’t thought of 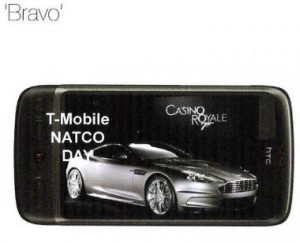 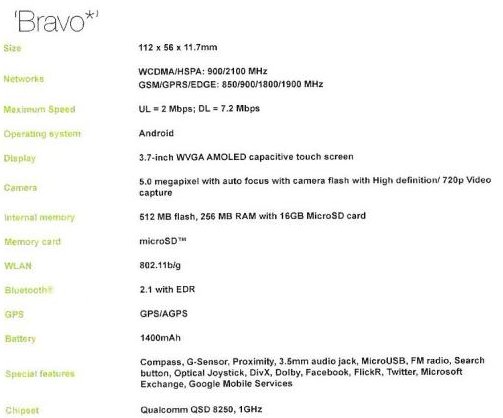 Looks like we’ll have to wait and see but we’ll keep you posted  ;)