Reuters recently published an article summarizing what IDC had to say about Android’s market share in Europe.  It would seem Europeans are shying away from Android phones, showing little interest.  The bottom line – many don’t understand what Android really is, and the lack of devices available further hurt awareness.

Android has won attention in the mobile industry lately, with Motorola and Sony Ericsson choosing it for their new top models.

“Consumers steer clear of Google’s OS and sell-out is below everyone’s expectations. Consumers recognize the Google brand, but still do not understand what Android is,” IDC analyst Francisco Jeronimo said in a statement.

“The lack of devices available didn’t help to raise awareness, though this is expected to change, with more handsets from LG, Samsung, Sony Ericsson, Motorola, and other vendors hitting the market soon,” Jeronimo said.

But like it says – the lack of devices available is really about to change. There has been an explosion of Android phones – to the point where at some point we’re going to have to stop posting about every single one.  Its growth seems exponential and I don’t see it going anywhere but up. So as more and more devices become available naturally the awareness with creep up.  In the meantime.. all you Europeans need to keep showing your phones off to all your friends and family. Get on it!

As for this part of the article:

“Last month Gameloft, one of the largest cellphone game makers, also bashed Android saying it and other software developers were cutting back investment in developing games and other applications for the platform.”

Eh. You know what I think about that? Well,  I’ll tell you.

IDG also published its list of predictions for 2010 – and one of those predictions is that of an app explosion.  It expects to see five times the Market we currently have by Christmas of next year.  Gameloft and “other software developers” will come around when they see where Android is headed and with the onslaught of new developers they may find themselves behind in the game.  Yeah, at the moment you will find reports floating around talking about how unhappy developers are with Android Market (profits, design.. etc) but I’m confident that trend will reverse as the platform ages.

If how far Android has come since release is any indication at all of where it is headed – I think we’ll be just fine and dandy.  As it gets more attention from developers as well as from phone manufacturers, I don’t see how awareness can go anywhere but up.

As the original article states:  “Android has won attention in the mobile industry..” 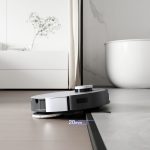 DEAL: These are the best robot vacuum Black F