Open Letter To My Verizon Voyager

Well, this is it. This is our last night together. In less than 18 hours I will have my next love affair in my hands. No offense but, do you know how freaking excited I am?!

I can barely contain it!

Sure, we had an alright run. I remember when I first got you. I was so happy, almost overjoyed! 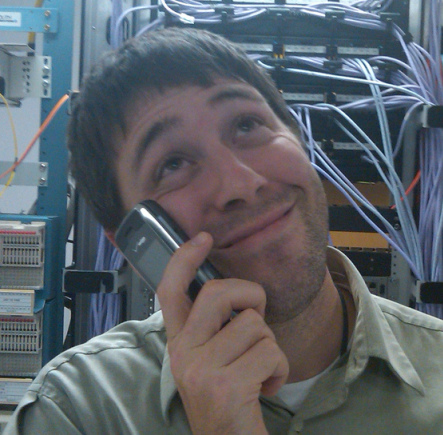 Finally I was able to check my email and browse the web on an HTML browser! There was V CAST and a calender and a notepad and an Ez Tip calculator! There was an alarm clock and a (dimming) video camera and games I could download and holy moley, VZ Navigator!  I mean sure, it took me 15 minutes to get to verizonvoyager.org and get logged in but.. I could do it! Sure, checking email sucked, especially if there was anything attached or links within said email but hey.. I at least knew if I had something waiting! Right? And the calender. Awesome! I could add events that I could then lose completely every time my phone had to get replaced! Which was rockin’. BitPim tried to help but.. I’m too lazy for all that. Threesomes can get complicated anyway.

Did I mention I had to get you replaced a lot? Five times at least? Six? Seven? I don’t remember. But that’s what happens when we fight, baby. You get replaced. I’ll take none of that craziness. Trade you out when you’re bad.  So that’s what we did. So much so that I gave up on calender events and games and ringtones. Reloading calender events was a pain and re-downloading things and then having to call VZW and argue about it over and over to hopefully get reimbursed was an even bigger pain.

Suddenly, I was no longer quite as happy. In fact I became downright mad. 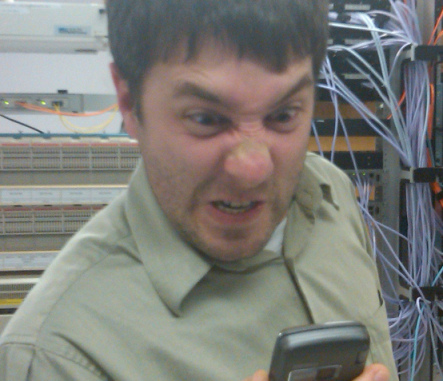 Shh, don’t tell you but.. Secretly I couldn’t wait to break up. But I’m one of those guys that just can’t be alone, you know? I couldn’t just go solo. I needed a suitable replacement first. I’ll admit it – I was using you.

And then along she came. I took notice. At first I thought “no way”. She’s one of those hotties that you just can’t have. Way out of your league. And long distance relationships – they just don’t work! Not for me anyway. I could flirt from afar but that was it. But now. Now! She’s opened her arms wide. She’s available and willing. Oh lucky day!

It was love at first sight. And second. And 50th. I’ve spent day after day.. night after night.. watching videos and drooling at pictures galore. I feel like we’ve known each other forever. There is no denying it. We’re meant to be. Soul mates.

…My calender syncing won’t be  a problem, bad phones or not. Downloaded apps will stay mine. Tons. Free ones. I’ll have a device that can record a video that’s NOT limited to tiny sizes and time constraints all while dimming to something unbearable in all but the greatest of light. I’ll be able to actually *use* my email and… oh forget it. I could go on and on but you don’t wanna hear it.  You’re probably not even listening. Hey, look at me when I’m talking to you.

So this is it. Enjoy your last night with a companion. At least with me. What will happen to you, you ask? I haven’t decided. Your fate is unknown. Will I sell you off? Maybe. It’d help fund my newest adventure. Will I smash you into tiny bits? I dunno but that’d sure as hell be more fun! Either way.. at least I’m not breaking up with you through a text message, right?