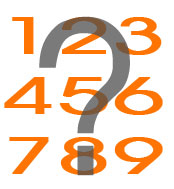 How manyAndroid Phones will Motorola announce on Thursday at Mobilize 2009? It is a question often debated/discussed as Dave and I did on Phandroid Podcast 7. If you thought definitely one, maybe two and any more would be a miracle – think again. Listen to the verbage of Om Malik (founder of GigaOM) as he builds hype for the Mobilize 2009 Conference which is put on by GigaOM itself:

Keynotes will be delivered by Cole Brodman, CTO of T-Mobile USA, and Motorola co-CEO Sanjay Jha, who will unveil that company’s suite of Android-based smartphones.

Suite? We’ve heard the word portfolio before, too. Throwing another plural synonym in the mix is an obvious suggestion that Motorola will announce MORE than just 2 Android Phone’s at Mobilize 2009. GET EXCITED FOLKS!

Last week, a Phandroid commenter pointed out an article on Investopedia that claimed Motorola would announce 10 Android Phones! I purposefully didn’t cover that article because I felt it was an incredible stretch with no source – I still think perhaps the analyst confused the number of phones with the launch date of September 10th. Regardless, this rumor just gained a little bit of ground in the possibility-o-meter.

Regardless, it indeed seems like Motorola will announce more than 1 or 2 Android Phones. In fact, it sounds like 4 or 5 is the more likely number. This of course coming from an eternal Android optimist. So what rumored MotoDroids do we have on record?

This article was all written based on vocabulary-choice speculation. There are two sides to the coin:

By the way, its not too late to grab one of those tickets. This thing could be pretty epic.

WHAT DO YOU THINK? How many Android Phones will Motorola announce at Mobilize 2009?