When I first saw the news that Google was being sued for use of the Android name I dismissed it thinking another guy was trying to get rich for free. Afterall, Android is a word in the dictionary so unless someone is using the exact same name to promote an almost identical product/service, it seems difficult you could convince someone you “own” the name. But the details of this case are interesting to say the least.

Erich Sprecht is a software developer who has sued Google (along with 46 members of the OHA) for $100 million in damages for use of the Android name. He runs a small company called Android Data Corp. Not only does Sprech want money… but he wants Google and the OHA to stop using the name Android. Hopefully if they change the name we’ll be able to stick a ph before that, too. But worry not – although the details of the case look grim for Google I’m incredibly optimistic and I’ll tell you why. But first, the facts.

“Basically, it’s a stolen name… It’s our trademark, and Google is using it as if it’s theirs.”

A Google spokesman believes the claims are without merit and says:

“[We] will defend vigourously against them”

Here is how Forbes explains the ordeal came about:

Google applied for its Android trademark in October 2007, just days before it publicly unveiled its Android plans. The PTO rejected the application in February 2008, citing similarity to Specht’s mark. Google quickly appealed the decision, arguing that Specht’s firm had lost its claim due to inactivity. In a document, the company’s legal team pointed out that someone had voluntarily dissolved Android Data Corp. in May 2004 (though later reactivated it) and failed to re-register the firm’s Web site URL at one point. The PTO rejected Google’s appeal, along with subsequent attempts, and suspended Google’s trademark application last November.

Apparently Sprecht thought Android was an actual phone and not software – when he realized this they filed the lawsuit immediately.  And while Sprecht’s trademark is for Android Data, the application identifies “Data” as a descriptive word meaning that for all intents and purposes they have a TM for “Android” itself. Furthermore, both trademarks (Sprecht’s and Google’s) were filed in Class 009 which covers computer software.

According to Forbes, Android Data Corp. will be seeking a preliminary injunction that asks all Google Android related products be removed from the market and be repackaged with a different name. This could be a DEVASTATING blow to all associated with Android and you can count on Google appealing this injunction. But will Google win?

First of all, money talks. I guarantee you Google will be approaching Sprecht with a lot of money which will be hard for their small software company to turn away. But knowing how much damage he could do by ordering all products off the shelves, how much money will Sprecht demand? His lawsuit is for $100 million AND removal of the Android name. Even worse, Google isn’t the only one on this lawsuit but every single member of the OHA. How will this be handled? You can guarantee that Google WILL NOT allow the Android name to be wiped away as it would totally crush the morale of the OHA members.

I think the two parties will settle out of court but according to Sprecht’s lawyers that could include the following statement coming at every mention of Android:

“Android is a registered trademark of Erich Specht/Android Data Corp.”

Not likely, but then again, Android Data Corp has a ton of bargaining power.

However, in Google’s rebuttal in the initial Trademark appeal they say that the “Android Data” trademark hadn’t been used for more than three years, the company had been dissolved for more than four years and as a result, nobody was going to confuse the two names. In what capacity the Android Data name is currently being used will be of supreme importance… if it was revived for the pure purpose of litigating then Google might have a case here.

But you can be sure that neither group wants to go to court so I would assume it will come to a settlement. As TechCrunch points out, Apple faced a similar situation when Cisco sued them for the iPhone name and they settled out of court. But in this case we’ve got a David vs. Goliath rather than Goliath vs. Goliath.

It’ll be interesting to see how this plays out but I highly doubt you’ll see “phandroid” becoming “phsomethingelse” anytime soon. Worry not. 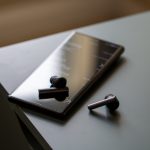 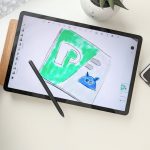