Chris Ziegler and Paul Miller of Engadget had a nice interview with Ralph de la Vega, CEO of AT&T Mobility, about AT&T and everything mobile. The entire interview was quite interesting but of most interest to us is a few questions de la Vega answered about Android: 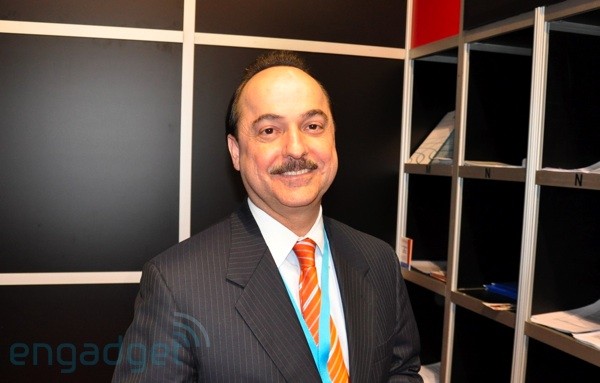 Chris: Okay, and expanding on that a little bit, I heard you speak at CTIA last year and you mentioned that… you mentioned basically the same comments about Android at that time. You said that you thought that it was promising, you liked what you saw, but that was at a time when there were a lot of questions about why AT&T wasn’t in the OHA. I’m wondering if your thoughts, your opinions have changed since then. Has AT&T’s direction with Android changed at all?

Ralph: No, actually, I think that they have been somewhat validated in that… we like the Android as an operating system on its own, but we want to make sure that we have, and customers have the option, to put applications on that device that are not just Google applications, so when the G1 came out and T-Mobile launched it, it’s primarily a Google phone. And we want to give customers the choice of other applications on that device, not just the same Google applications.
Chris: So you’re basically waiting for Android to be de-branded, so to speak?

Ralph: Well, to be open. (Laughter.) Right? I mean, the whole idea behind Android is that it’s gonna be an open OS, and so I don’t wanna roll an open OS to market that has primarily Google apps on it, and I think that’s gonna happen. I mean, I see a lot of activity, I think it’s got a good future, and I think it makes a lot of sense that the OS is open-source, separate from Google apps that are also very good.

Chris: So you don’t have any concerns about the stability of the platform, or the commercial viability of it? We saw Vodafone make an announcement today. So you’re comfortable…

Ralph: Well, I am not 100 percent comfortable until our people kick the tires on it in the lab, and what worries me most is malware and security and privacy issues that can get into that phone. You know, T-Mobile has had a couple of issues as you know, and so it validated our concerns that we had up front that… I don’t mind having the open OS, but I want to make sure that when our customers use it, their security or their privacy is not going to be compromised. That they’re not going to be subject to attacks and malware.

Don’t expect an AT&Tdroid to come out anytime soon but, at some point, I think it is inevitable. AT&T, like Verizon Wireless, is playing the safe card on this one but at some point the momentum of Android will pick up, some of the uncertainties will be addressed and Ralph & Co. will be singing a much more assertive tune about pursuing Android.

Anybody want to take a random shot-in-the-dark guess at when we’ll see the first AT&T Android Phone?