We all know about cheap, imitation knockoffs that are made in China and sold at a fraction of the price. And while they’re initially entertaining the words cheap and imitation wind up proving themselves too true to pay these kind much attention. But if imitation is the best form of flattery, then the indefinitely delayed/cancelled Kogan Agora ought to feel weird seeing the knockoff version now surfacing: 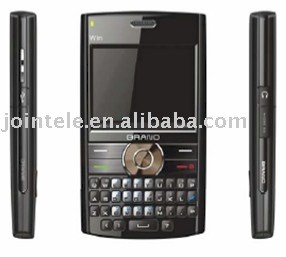 The device popped up for sale on Alibaba.com as the G8000 phone running Android, costing $240/unit with minimum purchase of 100 devices. Could this be the actual Kogan Agora being sold of in bulk after its cancellation?

Kogan’s CEO – Ruslan Kogan – says no. Although Kogan’s claim to fame has been outsourcing production to Chinese companies on the cheap, he had this to say about the “G800” manufactured by Shenzhen JoinCyber Telecom Equipment Co., Ltd:

“I am not aware of this manufacturer and I have doubts that it runs Android OS. It is certainly not what the Agora was going to be or in anyway related to it.”

It does have a few design differences, which doesn’t mean it couldn’t be a prototype, but you have to think Kogan is being honest here. The company DID have a lot of phones they were ready to ship to pre-ordering customers at one point… did they just throw them in the garbage?

There seems to be an underlying tone of irritation in Kogan’s response, as if to say it is preposterous that someone would bring their phone to market so quickly and I couldn’t help but think that integrating the device with Google Android wasn’t exactly a walk in the park by the way he “doubts” it runs Android.

Kogan Getting Back On Track

Kogan Agora Is No Mora