If you think the title has a lot of A’s in it, you should hear the sound that’s reverberating in our brain right now: aaaaaaaww maaaaan! AndNav2 is Android’s first ever navigation application… and it’s FREE! A tipster sent this in a few days ago, but when we saw that it only supported Germany,  France, Denmark, United Kingdom, Spain, Switzerland, Italy, Austria & Ireland we went into a furious rage and denounced the application.

Not really. We were just a little sad that we couldn’t test it out and figured we would wait for an American version to pop up so we could provide a ‘lil video review. So why no American version? Because the servers necessary to run the data-hogging Americans (me included) would be way too expensive. The application is free and ad supported, but it’ll probably take some time before sponsors sign on.

Check out this video of AndNav2 partially in action somewhere that isn’t the United States:

It looks to me like the user is trying to pan on the map but unfortunately, pressing the map asks you if you want to “avoid” the given area. Instead of pressing the phone’s back button he chooses to avoid within 250 yards and the app recalculates the route. Or maybe I’m wrong, perhaps he is trying to avoid publicly known child predators and just found out where a bunch of them live… but it was kind of annoying to see that same feature pop up and not a look at some of the other features.

Even better would be a video of the application in use. Are you a European with the G1 that has somewhere to go and a video camera? Take phandroid along with you! Seriously, record your trip on video using AndNav2 to navigate and shoot us a link to the video and we’ll post it for everyone to check out.

In the meantime, we’ll keep our fingers crossed that some much needed resource find their way to the developers so they can get this running state-side.

Keep in mind that the application is listed as being in Alpha… for you geniuses out there that’s even before Beta… so don’t expect this application to be your magic carpet quite yet. Either way, appreciate that it’s a heckuva start. 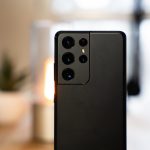 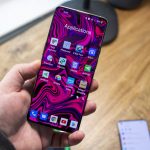 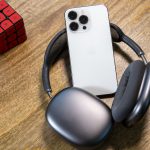