We know that Motorola is putting a LOT into Android, and the company needs their “MotoDroid” to be a huge success with a stock that’s dropping and a market that’s declining. We know they hope to make a Social Phone based on Android but last we heard, the device wouldn’t come out until 2009 Winter Holidays.

Today, BGR leaked a few images of unannounced Motorola Phones that are slated for 2009 release. In order of appearance they are: Motorola Flash, Motorola Rush 2, Motorola Calgary and Motorola Inferno 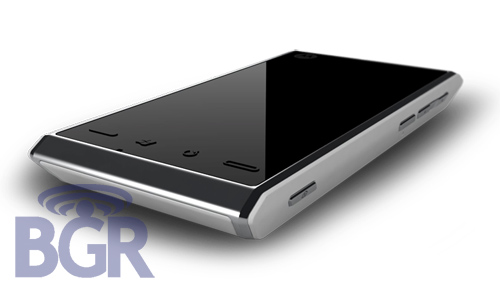 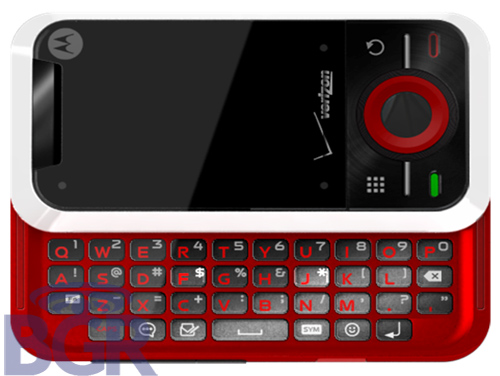 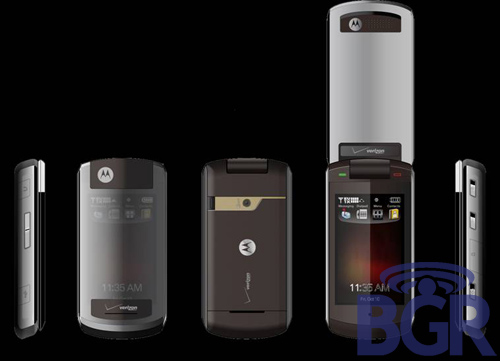 But there’s a problem: all 4 of these phones are set for Verizon – a company who seems to despise Google and Android. After seeing that picture of the Motorola Flash, you’re probably feeling like I was… heart broken. If Motorola intends on releasing a phone looking like THAT with Android, I don’t think they’ll have any problem reviving the company.

The other 3 aren’t bad either with the Rush 2 and Calgary resembling the G1 form factor and the Inferno looking like the already released Krave/Blaze. With the UI seen on the latter 2, its probably safe to say that they will NOT be Android Phones. But who are we kidding, we already said that NONE of these are likely to be Android Phones.

Why not? Because of Verizon. it’s really pretty darn frustrating, isn’t it? I’m pretty sure there are people who would pay some outrageous prices to have ANY of these phones on the VZW network running Android. Am I wrong here? Is Verizon missing out here or what? Are Verizon and AT&T fighting a hopeless battle or are we blinded by our own fanboism?

In my opinion, the best leaders are able to look at the past, look at the facts, admit when they’re wrong and make the best decision for themselves and their organization moving forward. With the long-term in mind.

Its true that there are PLENTY of phones that are on different carriers, but if they’re building a phone for Android the chances of them putting WinMo or their proprietary junk on the same device just to get it on Verizon’s lineup is absolutely zilch. I’m pretty sure that’s unprecedented among top tier manufacturers but correct me if I’m wrong.

So, we’re sorry to disappoint you but it’s more than likely that NONE of these are the Motorola Android Phone. But… if Motorola keeps going in this direction for their 2009 Android effort, I think they’ll be in pretty good shape. And one more time, Verizon, the ship is waiting in your harbor and there are tons of phandroids screaming all aboard.

Just for the fun of it… which of the above 4 would you most like to see with Android?