Apologies for being absent since the T-Mobile announcement… I got Sara Palin’ed the morning after the big news and have spent the past two days covering my tracks (wiping computer, new passwords, etc…). I wanted to catch everyone up with a few interesting articles you may have missed while I was away. And if I missed something, by all means, let us know in the comments!

Everyone is still calling the first Android Phone by various names. Android Dream, T-Mobile Dream, T-Mobile G1, HTC G1… come up with any name that combines HTC, T-Mobile, Android and Google with G1 or Dream and you’ve got yourself a possibility. This has irritated us for quite awhile now and while WE prefer “HTC Dream by T-Mobile”, it appears that T-Mobile G1 is more likely. Lets hope not.

It will cost $199 with a 2 year contract. Same price as the iPhone? Not a bad deal! This same price point is making the rounds ALL over the web and coming from various sources, from TechCrunch and CrunchGear to the Wall Street Journal. Expect it to hold up… of course a data plan will be required so don’t forget to factor that in. Apparently T-Mobile isn’t subsidizing the price much. With AT&T reportedly subsidizing the iPhone heavily, could this illustrate the cost saving effects of the Android platform?

The phone will have Google Branding. We already were pretty sure of this… the AndroidGuys first gave us the specifics with there Internet Overloading T-Mobile G1 drawings that they leaked. The link there seems to have gone dead (link) but a number of sources are now confirming that the first android phone WILL have Google branding. Kind of cool… but a mistake in my opinion. The idea was to always separate android from “the google phone” and this blurs the line. It’ll turn a lot more consumer heads, but I think there is something to be said about preserving the integrity of the concept. Google has long been saying, “this isn’t just Google, remember, its the OHA and 30+ members.” Consumer sensationalism at the cost of sending mixed messages. Eh… not a big deal I guess.

T-Mobile 3G in 21 Markets. As AT&T and the iPhone have helped illustrate, a 3G device is worthless if you can’t connect with a 3G signal because of a poor 3G network. T-Mobile has paid attention and it looks like they’ll be expanding to 27 markets by the end of 2008. Its already available in 13 major markets and 8 markets will be added in October with 6 more to follow by year’s end. Check out the press release to see if your market is on the list (2nd paragraph).

GoKart Changes Name, Gets 700k in Funding. Android Developer Challenge Winner GoKart is known for sharing the barcode scanning lime light with Jeffrey Sharkey’s Android Scan. Both have changed names… GoKart has become ShopSavvy and Android Scan has become CompareEverywhere. Along with the $250,000 ADC prize, ShopSavvy has also reeled in $700k in funding and it looks like they’ll be one of the most popular apps come launch time. Jeffrey… can you give us any updates on your project? We don’t want to leave you out! (via Yahoo! News)

I think we’re all caught up now… what did we miss? 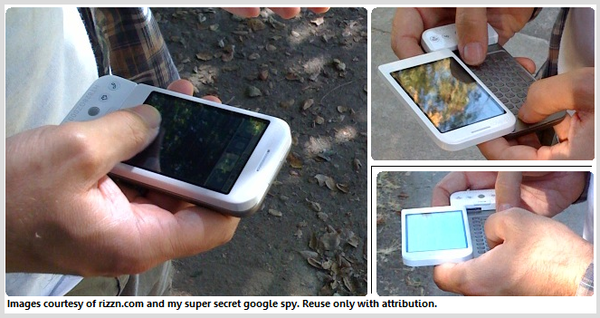